A Useful Phrase in Costa Rica; “No Hay Plata”

Costa Rica Living – I had the joy of having to head back into San Jose for a meeting earlier this week.  It is a trip that I usually dread as it seems that about 95% of the people have their grumpy pants on and they love to take it out on whomever is around them…….if it is a gringo all the better. 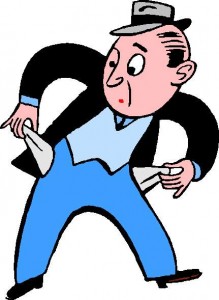 There was something different about this trip, as it was the first time I was actually going to drive it.  There would be no crossing my fingers and hoping that I did not get the seat next to the surfer that had not showered in 3 to 4 days or the seat in front of the uncontrolled child either crying or kicking the seat continually in front of him or her that I am sitting in.  You never know what misery you are going to get to experience on a Costa Rica bus ride.

There are times where it has been an enjoyable ride sitting by the window, listening to music and watching the scenery but the miserable times are always in the front of my mind. Even if the trip is perfect you still knock off an hour or more my being able to drive.  The extra cash for gasoline in my mind is worth it.

On the way in I stopped to get a car wash.  I do not do it very much living on a pretty dusty road in Hermosa but felt that showing up to my meeting in a car that looked like it had just traveled through a dust storm in Central Africa would not give a good first impression.

While waiting at the car wash for the truck to be cleaned one of the many Costa Rica street vendors that can be found nearly everywhere in populated areas or places where traffic is backed up; highway toll booths, traffic lights, and of course traffic central anywhere in Heredia. I swear I think they purposely made the roads there in a fashion to make it impossible to get anywhere in less than an hour. I digress.

As the street vendor approached with some mangos in bags one of the workers replied with “No Hay Plata.” The salesman immediately turned and walked away.  For anyone that does not speak Spanish, a loose translation of this is “there is no money” or “I do not have any money”. The friend I was sitting with said that is a very necessary phrase in Costa Rica to get the street vendors to stop bothering you.

I had always used “No Gracias” (No thank you) or “Estoy Bien” (gringo way of saying I’m good). Even when I said that they would continue to hound me to get me to buy something, coconut water, cell phone case, mangos, or something else that I did not really want or need.

I had to test this out for myself.

I had to enter into Heredia through Uruca.  For anyone that has taken this exit during lunch hours expect to move 200 meters in about half an hour.  However, the street vendors love this time of day and are like ants weaving through the traffic and selling their goodies.

For all of you that want to be left alone by the street vendors of Costa Rica remember this phrase…..”No Hay Plata” it will come in handy. I found out this is also good for people asking you for loans or if you have an employee that you owe money to and need a couple of days to pay.  Although the employee or person will not be happy, they will leave you alone for a period of time.

What Happened to the Beatle Bar in Jaco?