A True Story; In This Place They Still Burn Witches

World News – The men pack the witch’s mouth with rags. The time for confessions has come and gone. Neighbors crowd into a circle around her, here on this hill of rubbish next to their settlement, Warakum. They watch as the men blindfold her before tying her arms, legs and stomach to a log. They watch as wood is stacked and gasoline poured. They watch as their witch is pushed facedown onto the pyre. Camera phones are held up and aimed. The match is struck and thrown.

This is the consequence of rending the social fabric, of exercising divisive power, the men say to the thing in their midst. This creature at the center of the settlement dwellers is not a friend or a relative, as the crowd might have once thought. It is a poisonous weed, a snek-no-gut underfoot. Adulterers, the AIDS-marked unclean and witches such as this one—these evils must be uprooted from the community. It has been so for as long as any can remember.

The crowd can feel the shush of the flames against the skin of their faces. Then—a low, wet, chewing sound, a sound like a hive of insects eating and eating, as the fire feeds on the pile of refuse. The men roll truck tires over the witch’s trussed, prone figure. The crowd says nothing. This is self-defense. This is a body doing what a body does when a harmful foreign object is located. It marshals its strength, it pushes the object out, it becomes whole and healthy once again.

The witch was a 20-year-old mother of two who had been blamed for the death of a 6-year-old neighbor boy in her Papua New Guinean shantytown in 2013. Based on his symptoms, the cause of the boy’s death was most likely rheumatic fever. But in PNG, any death that cannot be chalked up to simple old age is believed to have a malevolent agent behind it. 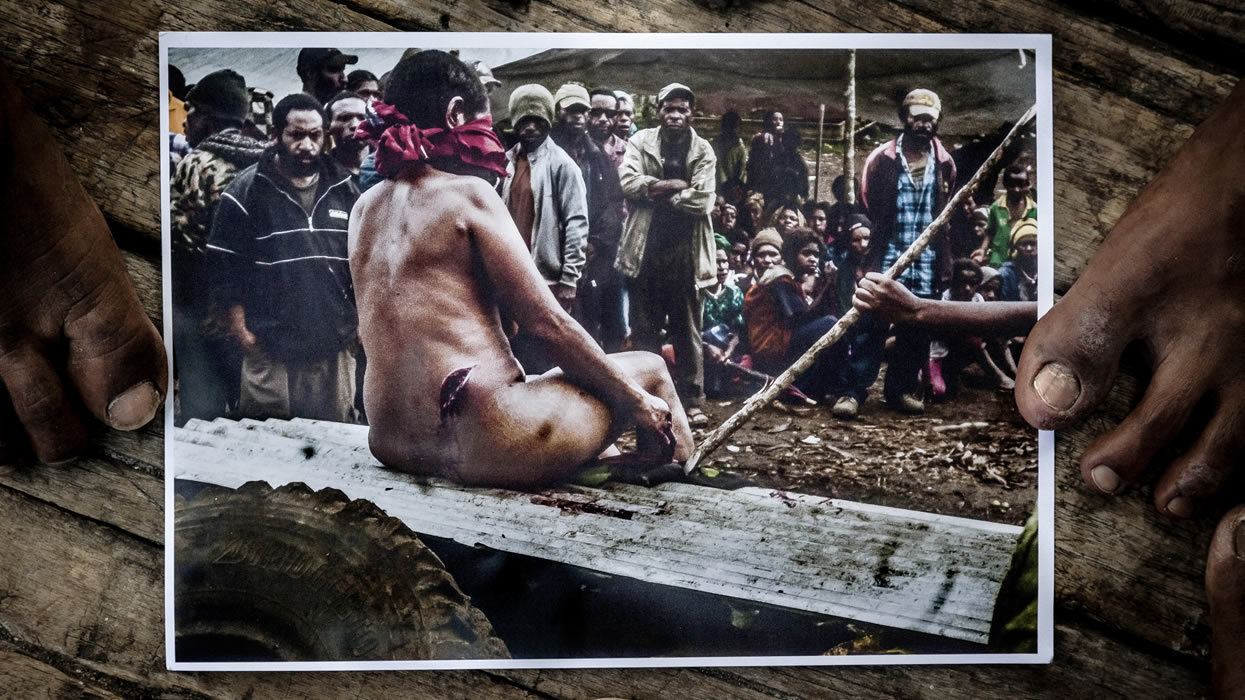 A group of 50 or so of the dead boy’s relatives apprehended the young mother, stripped her, tortured her and burned her alive in the settlement’s landfill, just outside the city of Mount Hagen. A number of bystanders were uniformed police officers who helped turn back a fire engine when it whined to the scene.

This particular witch killing splashed across the homepages of international tabloids because members of the crowd had snapped photos and shared them proudly on social media. Journalists descended, ascertaining a few grisly details as well as the woman’s identity (which cannot be said for many victims of sorcery-related violence in PNG): Her name was Kepari Leniata.

The context that their stories lacked, the thing these journalists neglected to mention, was this: In PNG (which was fully “opened” to the outside world only in the late 19th century), the tradition of witch hunting has not simply persisted in the face of Western intervention—it has become much worse. The ritual is warping, the violence is metastasizing.
Witch hunts, which had been a part of many if not all traditional Papua New Guinean cultures, are now commonplace throughout the villages, townships and small cities dotting the country. Mobs are publicly humiliating and brutally torturing neighbors, family members, friends—often but not always women—and then murdering them, or else forcing them out of their communities, which in a deeply tribal society like Papua New Guinea amounts to much the same thing.

No one is sure how many supposed witches have been killed—are being killed—in Papua New Guinea. The country’s Constitutional and Law Reform Commission recently estimated 150 killings per year throughout the developing island nation, which lies just off the northernmost cape of Australia. Religious organizations, the people most involved on the ground, dispute this number. The United Nations reported that more than 200 killings take place every year in just one of Papua New Guinea’s 20 provinces alone.

Kepari Leniata’s public execution was at least the third committed at the Warakum settlement’s trash dump between 2009 and 2013. Two more have occurred there since. A third was set to take place in December 2014, near the end of a trip I took to the area in hopes of understanding how and why. How anyone with a camera phone could still believe in witches, and why this violence was now going from endemic to epidemic.

But there, I happened across a most rare thing in Papua New Guinea: an intercession.

Halloween in Costa Rica; The Day of the Masquerade

Costa Rica is No Longer the “Switzerland” of Central America