A Spiritual History of Vegetarians

I started my journey to become a vegetarian when I was 15 years old.  That is when I had the chance to be around another vegetarian at the dinner table and I realized that it was ok to not eat meat. I had always picked at that food, imagining the life that used to be within the flesh. Maybe it took so long because I had spent the time in hunting crazed places such as Montana that I never had a chance to meet a real vegetarian but when I finally became who I was supposed to be, I became much happier.
This choice that I made seemed to affect everyone around me, which was not something that I truly expected. I was never one to try to control other people with my beliefs, after all I was born with pagan ways and that polytheistic belief system has never left me. By just simply being who I am, and honest about it, I made other people angry. It was very surprising, I never expected this. People feel deeply about this. Most of the fear that they showed from my choice was from ignorance of this situation. Many people thought that I was trying to lose weight, it wasn’t being cooked properly, I couldn’t survive properly and other fantasies like that. I actually get quite sick eating or being around fish for consumption, and so to me it seemed the natural choice.

I was uncomfortable with eating meat and I wasn’t going to do it any longer. My parents told me they felt that I should eat animals because they do in the bible yet it says in the bible that animals have spirits and I believe that. I do not want to be a part of suffering for anyone.

From then on, we were purchasing veggie burgers. My friends and their families that really love me also would purchase me veggie burgers for their barbecues and that meant a lot to me. I was also happy to see more vegetables around, because you need vegetables to have a healthy body.

When people attack me for my beliefs, I simply stand up for myself peacefully. I can be friends with people who eat meat 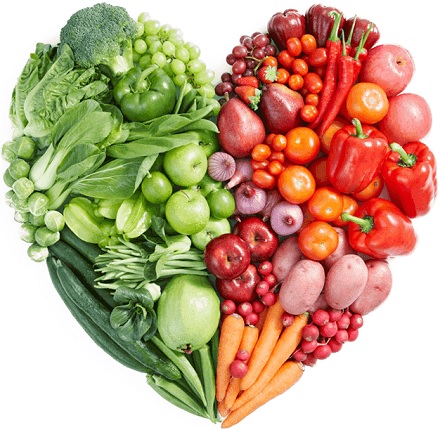 and not feel the need to attack their beliefs but for some reason I experienced a lot of bullying when it came to my choice, which I can also compare to being polytheistic. All it takes sometimes at a dinner table with other people is for me to order a veggie meal, for a debate to break out. I admit it is tiring, but no matter what, I can’t suddenly become somebody else that I was never meant to be.

I believe they are more upset at the myths around it and not at me. It seems to come from a place of fear more than anything else. I have been dealing with this for years, and we have to be prepared for this when we speak the truth. Fear turns into hateful and harmful actions sometimes which make my stomach turn.

Practice Compassion
Many religious people throughout the ages, such as various Buddhists, practice compassion to all life, not just humankind. This is a choice to eat animal. Vegetarianism and veganism is statistically low for an American’s diet, last time I looked it was something like 10% or less.

In other places, such as Asia, the choice to leave meat off of your place is a healthier and happier choice than to live knowing of suffering of animals and contributing into it.

Vegetarianism originated in India originally from separate religions, such as Jainism which requires that no members eat meat. This religion also requires a path of non-violence and self-control among its members.

In this religion, even an insect must be escorted outside, not harmed. Throughout the ages, many who believed in achieving a higher sense of being on the Earth, have chosen to abstain from eating meat, and it is not a hard choice once you truly develop compassion for these beautiful beings. I have compassion for people who eat meat as well because I know that they do so out of respect for their culture and families, and so I do not judge you as a terrible person, even if you get angry at me.

We are all born as royalty in this life, whether or not we see it. Our choices are made in life and we can make decisions for animals, who are enslaved to humankind and they do so peacefully and graciously, as if it is God’s will. You will never hear the cries of these spirits when you sit down to enjoy a meal but just know, the animal did suffer to bring you sustenance and it should be honored and respected, not ignored. All animals are sacred.

Feed the soul, starve the flesh and be yourself.

Round Trip Flights to Costa Rica At $225