A Psychic Connection with the Zodiac Killer

Ghosts & the Supernatural – Growing up in the bay area, I would hear the radio news blasting that the Zodiac has struck again! I became fascinated with this serial killer who left mysterious symbols and clues for the police. It’s now 2015 and the fascination continues and I learn from my wife Deanna Jaxine Stinson, that she also has a connection. A connection she could never understand, until now. 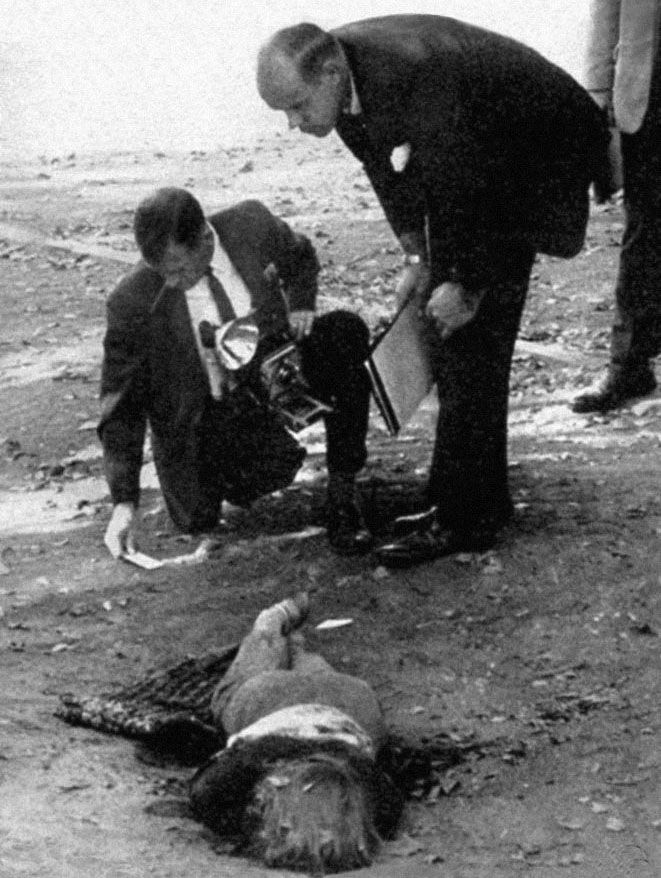 As a paranormal investigator, I investigated the murder site at Lake Berryessa in which Bryan Hartnell was repeatedly stabbed and how his girlfriend Cecelia Shepard was viciously stabbed while Cecilia’s boyfriend agonizingly watched. Cecilia died from her multiple stab wounds. At this murder site, during my paranormal investigation, I observed with another investigator that a rock was glowing, could this have been the energy signature of Cecilia? Was Cecilia trying to communicate with me or letting me know that a terrible deed occurred at this very location? I had no explanation on why the rock was glowing and could only deem this as something paranormal.

Deanna wasn’t even born when the Zodiac went on his murderous rampage. When Deanna was living in Deer Lodge, Montana, she was an independent ghost hunter. Here is her account of her independent investigation at the Montana State Prison in Deer Lodge: “I used to sneak into haunted places when I was a teenager with my friends and we snuck into the old prison. There is a chain link fence behind the prison and we lifted it and snuck underneath it. We had been in previously for this ghost tour that was over crowded and not scary or fun at all. We decided we wanted to investigate alone. The stars in the night sky at Deer Lodge are always out unless it is snowing because it is a small city so we were lead by starlight. We explored inside and when we had enough scares we left and I accidentally cut my wrist on the fence on the way out. I don’t remember seeing anything.

I had previously had a dream about the Zodiac Killer as a child. He was in a room like the size of a cell but it was painted in light blue paint and there was a normal size twin bed without a frame in the furthest end of the room. The bed spread was a patterning of square shapes and pastel and brown colors. He was white and younger looking. His hair was medium shades of a brown color cut shaggy and shorter like a modern man’s cut. In my dream I was a young lady with silky long dirty light blonde colored hair to my shoulders and I wore a lot of red sweaters and clothing. I can’t remember my astrological sign, but he knew about the sun signs, he knew a lot about astrology. He kept me in his room and I thought I was going to live. He showed me photos of woman he had killed, I think because he was infatuated with the pictures. He was driving a van I can’t remember it was a light blue or white color it’s been years since the dream.”

Above is Deanna’s own account of her Zodiac dream and she never knew why she had a dream about the Zodiac. It appears that Deanna who snuck into Montana State Prison may have been influenced by the Zodiac’s dark force. The number one Zodiac suspect Donald Lee Bujok was incarcerated in Montana State Prison for 11 years. He had a military background, spent sometime at Fort Ord. I have a connection with Fort Ord too. Fort Ord is where I took my basic training in 1973. My first connection with Fort Ord is when I was 8 years old and spotted a military truck going down a street near my street in Monterey, CA and a huge box of rubber rafts fell to the ground. I took the box and gave some of the rubber military rafts to my buddies. When my dad discovered what I did, he contacted the military base and 2 soldiers came to our house and confiscated the rubber rafts from me and my buddies. The Zodiac left clues that he was with the Light Armored Vehicle Division while in the military and that he was discharged from the military due to mental issues that he had. The Zodiac knew that the public wanted his identity revealed, so he sent a Halloween card with a clue, it read ‘Boo’, which is possibly short for Bujok. Bujok escaped from Montana State Prison after killing a guard, so Bujok had no problems in murdering people. Bujok with his own mental problems witnessed prisoners hung by their wrists in their cells, a form of punishment for misbehaving prisoners. He witnessed Jerry’s Riot of April 16, 1959. Bujok owned military issued glasses, similar to what the Zodiac wore. When Bujok has the glasses on, he looks exactly like the composite sketch of the Zodiac. Inmate Ed Edwards said that one of the creepiest inmates that he encountered told him that people that he killed will become his slaves in the afterlife, a theory that the Zodiac believed in. Did Ed talk to Bujok? If he did it would show that Bujok had the same mind set as the Zodiac.

SpaceX Gets $1 Billion in Funding From Google & Fidelity

62% of Costa Ricans are Overweight