A New Bridge From Costa Rica to Panama

Costa Rica News – Panama will start construction of a new border bridge in June. This will go between Panama and Costa Rica over the Sixaola River. 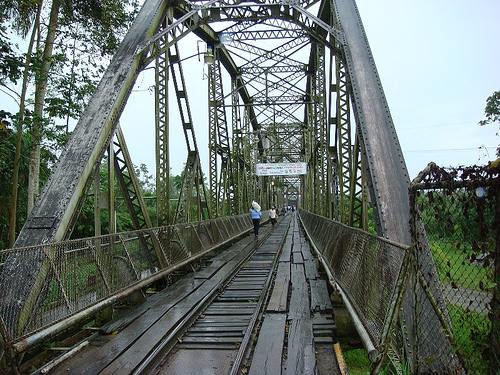 The work is worth over $15 million and will be awarded via an international tender in April.

The new bridge will replace the century old one that is now dangerously laden with gaping holes. The current bridge makes for terrifying tourist photos but really has to go. The new one will be safe and measure 260 meters long by 17 wide.

There will be a vehicular passage separate from the pedestrian walkway. This will aid in the transit of materials and people through Central America and bring about a safer way of transit to the hotspot Bocas del Toro.

Costa Rica is participating in partially funding the bridge but Panama will be responsible for its upkeep permanently, according to the agreement between the countries.

The Inter-American Development Bank is helping to support this work and other border modernizations.