It’s the third day of a new year, in the as yet to be determined lucky or unlucky number 2013. I’m not getting any traction, so I decide to sit in the sun with a neighbor’s white cat and enjoy the mid-afternoon warmth. The air is chilly for California, even in January, but shirtsleeves suffice sitting against the house. 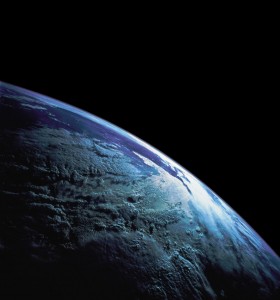 The sunshine is delicious. Our warm star is so familiar, and seemingly so near. But the other day I heard that the sun could hold a million earths. And it’s just medium size star! No one can get their head around that. The scale of the universe is incomprehensible, and scientists train people in hubris when they imply otherwise.

As never before, I emotionally understand why most peoples once worshipped the sun. After all, it’s the source of light, warmth, and life on earth. Extinguish its nuclear furnace, and after even a few minutes life on earth would wilt like a daffodil in a snowstorm.

I heard an astronomer say the silliest thing last night: “I’m not sure meeting extraterrestrials, if they exist, will give us any new insight on God. We’ve more or less done that already when the Old World met the New World, and the denizens of the New World observed certain gods, and they were different from the denizens of the Old World. Every time we encounter a new culture we learn new things about THAT culture and how IT appreciates and describes God” [emphasis hers].

First, we’ve moved beyond the primacy of geographically separate cultures on earth; why would anyone project them extraterrestrially? It’s pure silliness. Such thinking demonstrates how far behind science philosophy is. Indeed, ever since Einstein at least, philosophers have subsumed their discipline to the discoveries and methodologies of science.

Partly that was because Aristotle’s ancient light couldn’t hold a candle to science’s discoveries during the Renaissance. 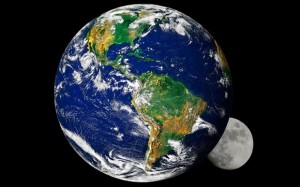 But mostly it’s because philosophers themselves failed to understand and communicate the place of philosophy, which, as a human endeavor, supersedes science even when science surpasses it.

Indeed, philosophy is, as anyone can readily observe in the present age, more urgently necessary when scientific discovery and technological innovation outpace human understanding.

For centuries philosophy led science; and science suffered by philosophy’s constraints. But now science has no constraints, and philosophy is needed to provide context and comprehension.

What’s the right question here? Is there a religion of all sapient (as opposed to merely sentient, like humans) creatures in the universe?

Of course, I don’t mean religion in the sense of belief systems or theologies, like Christianity, Islam, or Buddhism. Rather, I mean, is there an imperfect and ever-changing understanding that all fully conscious beings, wherever they evolve in the universe, would share? I feel so. 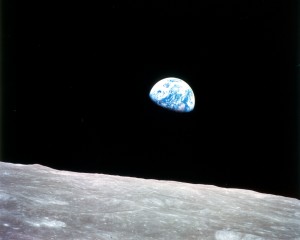 I’m a skeptic when it comes to terrestrial visitation by beings from another planet, but the Russians purportedly have files dating from the Cold War that refer to ‘the observers.’ Some investigators have reported that encounters with ‘USO’s’ (nothing to do with supporting our troops, but referring to ‘under sea objects’) have resulted in human deaths. Seems the Russians made attempts to capture an ‘observer’ vessel, and were rudely rebuffed.

The interesting part about this bit of stuff, or fluff, is that the supposed extraterrestrials are called ‘observers.’ If there is such a thing, that makes sense, since, as many a science fiction writer has supposed, they may be waiting to see if humans get our act together and quit destroying this planet and ourselves, before asking us to join the cosmic club of intelligent life.

The second hidden assumption in the astronomer’s statement is the notion that God is inevitably a cultural artifact, and that there could not possibly be any actuality beyond the inventions and projections of separate cultures.

But if, as I’ve previously proposed, all symbol-producing, environment-manipulating species in the universe go through the same crisis, to whatever degree, presently coming to a head with Homo sap on this planet, the whole question of consciousness and God is blown wide open. And given that hypothesis (testable if and when contact occurs), it would follow that each sentient, potentially sapient species has to come up to the mark on its own, without outside interference (nod to Gene Roddenberry).

Coming back to Earth, I feel there will be no more cultures as we’ve known them since the beginning of man, perhaps 40, perhaps 100,000 years ago. Now there’s just the self-made muck of man’s history, which we’re into up to our eyeballs, and in which the human spirit is stuck.

Is it dead? As long as it lives in even a few people, the human spirit lives. If history, indeed consciousness as we’ve known it for tens of thousands of years has come to an end as I maintain (Francis Fukuyama’s premature “The End of History and the Last Man” notwithstanding), it’s all new territory from here on in, or out, my friend.

The awakened human being is just beginning. And the strange thing is, for awakened human beings there’s only a state of perpetual beginning. Negating everything, including consciousness as we’ve known it (which is the antithesis of nihilism), there may be contact not merely with alien life, but awareness of an inseparable essence called God.

Now that the world has ended, what are we waiting for?

A Little Info on Retiring in Costa Rica