A Genocide of Innocence – Meditations After the Connecticut Shootings

During the 1994 genocide in Rwanda, the Interahamwe genocidaires would rip children from their parents’ arms and execute them, forcing the mothers and fathers to watch. Then they would execute the parents. 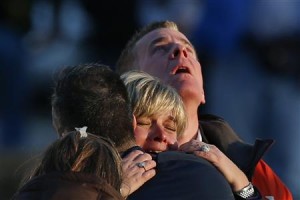 Given the way the horror in Connecticut played out in the media, especially with CNN interviewing small children immediately after the slaughter of their classmates, it amounts to the same thing on a national and global scale. And therein lies a clue to the deepest purpose of evil and violence in human consciousness. The question is, can we meet it, or is it that, as some psychiatrist intoned, “The human mind isn’t infinite?”

Americans apparently heeded his rationalization today, because the day after the massacre they have reverted to form by trying to buoy themselves by shop, shop, shopping to supposedly celebrate the birth of Jesus. That too is disgusting.

Words fail to express the magnitude of the malevolence, the body blow to the soul, and the depth of heartbreak for the parents and siblings who were told their little one’s were lying dead in Sandy Hook School. America, and humankind as a whole is suspended in the middle of a moonless, dark night of the soul, and there are no stars to guide us. Humans made this evil, and human beings have to extricate themselves from it.

I didn’t cry until I heard some little boy, words tumbling out in his unformed voice, speak about how he heard shots and screams, and how his teacher ushered them into a corner and told them they were all loved because she thought they were all going to die. For the first time since my mother died a year ago, I’m glad she’s not alive.

If you live in America, indeed anywhere in the world where CNN is broadcast, and followed the events yesterday, and 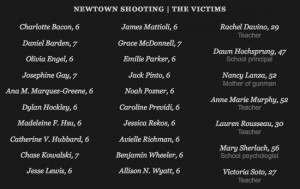 aren’t feeling some post-traumatic stress after this latest eruption of evil, there’s something wrong with you. The shock of the methodical massacre of innocents is on the scale of 9.11. As the shock wears off and turns to disgust, anger, and sorrow, what is our response?

Religion has failed. Psychiatry has failed. Philosophy has failed. The media thrashes around between CNN’s emotional blitzkrieg and fumbling attempts to come to grips with such atrocities.

The knee-jerk call for gun control, as valid as it is, doesn’t come anywhere near addressing the sickness at the core of a culture that produces young men in quantity such as Adam Lanza.

President Obama, looking wan and drawn, showed some rare emotion in speaking to the nation hours after the tragedy. But there was one phrase he uttered that connects directly to the beast at the base of this awful barbarism: “Among the fallen.”

That is a military term, and the fact that it has found it’s way into the vernacular of a people and their president after 16-shot military handguns were used to riddle the bodies of near babies, attests to how far the madness of militarism has 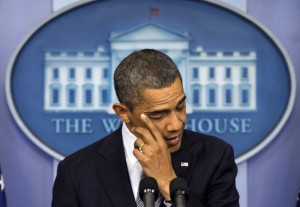 become embedded in this culture.

President Obama also said the surviving “children’s innocence has been torn away from them too early.” Why should the world tear innocence away from them at all, and isn’t that the ultimate goal of evil—the destruction of innocence in everyone? And the capacity for innocence is simply the capacity to feel deeply and anew, to remain essentially uncorrupted and un-cynical, to grow and hear the music of life for one’s entire life.

Darkness grows in us with the continuity of thought and contamination of emotions. It is as old as man, hundreds of thousands of years, but requires the fetid soil of negligence in existing individuals to flow and flourish.

The essence of evil is the accumulation of the sludges of grudges of uncounted generations. And when a people perish, as they have in the new millennium in America or the last century in Germany, evil has free reign.

Whether legally accountable for his actions or not, Adam Lanza was indisputably insane. There are many like him in this godforsaken land, feeling so marginalized, alienated, and inwardly dead that killing young life is a sick and vengeful way of saying they existed.

The world has gone mad, and incomprehensible acts like the one that took place in the idyllic New England village of Newtown in the New World are occurring all over hell. In the latest in a series of knife attacks on schoolchildren in China, a man stabbed 22 children on the same day. (As horrible as that is, the difference between using an automatic gun or a knife is illustrated by the fact that all of the children survived.)

The closest thing to this abomination came last summer in the form of one Anders Brevik, who, displaying the cunning of a madman, set off a diversionary bomb at the Government Building in Oslo Norway before proceeding on his plan to slaughter as many teenagers on Utaya Island as he could. Altogether 77 were killed, most of them young people. Unlike Adam Lanza, he didn’t kill himself, and said at his trial he wished he had killed more in service to his ideology and whatever demon pulls his strings. 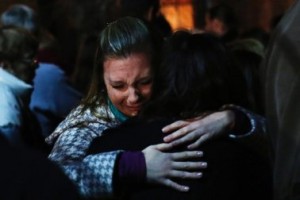 It is utterly inadequate to psychologize or individualize such evil. The depth of its roots and scale of its reach make a mockery of such superficial explanations and narratives.

The most thoughtful talk show in the United States, The Charlie Rose Show, gave little more than five minutes to the heartbreaking event, followed coincidentally (or not) by a roundtable discussion featuring the new gods of neuroscience talking about post traumatic stress disorder.

Neuroscience won’t ever solve the problem of evil, because the brain cannot understand its roots in thought by using the tools of thought, however precise its scientific instruments and methodologies become.

Evil is an unexplained philosophical and spiritual issue, a metaphysical but not supernatural phenomenon, generated by the mind of man. Dissecting the brain, and taking the approach of reductionism is misleading to the point of malpractice when it comes to the problem of evil.

To understand and protect oneself and one’s loved one’s from evil, one has to acknowledge its collective existence in consciousness, and not separate oneself from it, either through psychologically cutting off or by taking false refuge in science.

These young children weren’t just the targets of one deranged and hopelessly disturbed young man. Just as in Rwanda, the target was the human heart and the capacity to feel. Lurking in the brain, arising from the misuse of ‘higher thought,’ the evil in human consciousness has the intention of destroying the capacity for innocence in all human beings.

In the United States especially but all over the world increasingly, the world has become a spiritual Auschwitz. How we respond, indeed whether we respond or continue to numb our hearts because “the human mind isn’t infinite” is the question.

The fact is the human mind is infinite, when we let go of equating it with thought, self, and science. As painful as it is, evil can be understood, and ended, at least as far as its growth and rule in the world and our lives.

To ask, ‘where was God?’ is understandable, but completely in error. There is no personal God, and Intelligence doesn’t care about individuals as separate from humanity as a whole. Why were these children sacrificed? That’s up to us.

We have driven God out, not out of our schools because Christians can’t pray there due to the necessary separation of church and state, but out of our hearts and brains. God flees division and darkness within us, but in facing and ending darkness within, an inseparable cosmic intelligence can be felt.

That benediction may have no relationship to this world, but it is there for the self-knowing individual able to quiet the mind and empty the burdened heart nonetheless.

The Mayans were wrong; the world ended on December 14th 2012. Is only darkness and evil operating in the world at present? Or is that what evil wants us to believe, now, in the midst of the darkest night of the human soul?