World News – I think that if I spent millions of dollars on a boat and it sunk before I got to go to sea, I might be a bit unhappy.  At least let me park it at the Los Suenos Marina in Costa Rica and have a few parties on it. 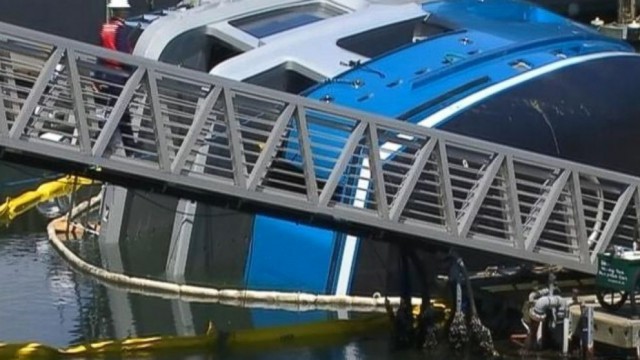 A new, multimillion-dollar yacht capsized when it was launched in Anacortes, Washington, dumping six people into the water.

Wade Benda, the yacht’s mechanic, was on board the vessel Sunday after he and a team spent nearly three years building the boat when it suddenly flipped over.

The crew was reportedly going to deliver the yacht to its new owner when the maiden voyage went terribly wrong.

“I’m relieved that I’m here on the ground and I just want to thank the good Lord above that, I’m here it was just a scary moment,” Benda told ABC News’ Seattle affiliate KOMO-TV.

The cause of the incident is under investigation.

However, Benda said he thinks the boat’s stabilizer hit some rocks when it first rolled near the ramp. He told KOMO they then tried to “thrust” the yacht into deeper water, but to no avail.

All six people on board were rescued.

Costa Rica is #1 for Drinking in Central America