Costa Rica News – A rise in drug-related murders has contributed to Costa Rica’s homicide rate almost doubling in the past 15 years, as the country’s growing role in the regional narcotics trade continues to provoke anxiety among security officials. 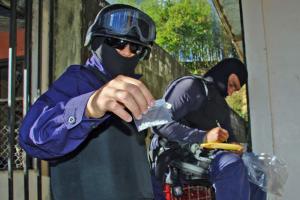 According to CRHoy, territorial battles between local drug groups in Costa Rica produced 399 murders last year, or roughly 70 percent of the 570 total murders recorded in 2015.

Mata added that the presence of Colombian and Mexican criminal organizations in Costa Rica had led to the formation of local structures allied with larger transnational drug syndicates. Instead of receiving cash to guard and transport drug shipments, however, Mata said local gangs were now being given cocaine as payment, which they attempt to sell locally.

Official statistics indicate Costa Rica has had 371 homicides so far this year, 16 fewer than the 387 recorded during the same period last year.
InSight Crime Analysis

The rise in Costa Rica’s homicide rate in recent years, and the percentage of murders linked to the drug trade, points to the country’s growing role in the regional drug trade.

While violence levels in Costa Rica pale in comparison to those of its Central American neighbors El Salvador, Guatemala, and Honduras — El Salvador had the highest homicide rate globally in 2015 at 104 per 100,000 — the increase in murders has nevertheless caused alarm among Costa Rican officials. In 2015, for instance, Security Minister Mata called for the creation of a new crime-fighting unit that would investigate “every homicide” suspected of having links to drug trafficking and organized crime.

A Haunting in Pleasanton