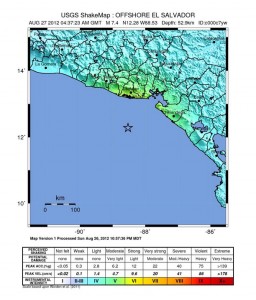 The Pacific Tsunami Warning Center issued the warning for  parts of El Salvador, Nicaragua, Honduras, Costa Rica, Panama and Mexico. But it did not extend to the United States.

The temblor struck at 9:37 p.m. about 69 miles off shore. The epicenter was about 105 miles southwest of San Salvador.

There were no reports of casualties or damage.

The quake comes after a swarm of more than 300 quakes Sunday in Imperial County, including at least two greater than 5.0 magnitude. Those temblors caused minor damage and forced evacuations from some buildings.

We can only hope this does not effect the Costal towns in Costa Rica.  Possibly some big waves are going to be caused by this earthquake. 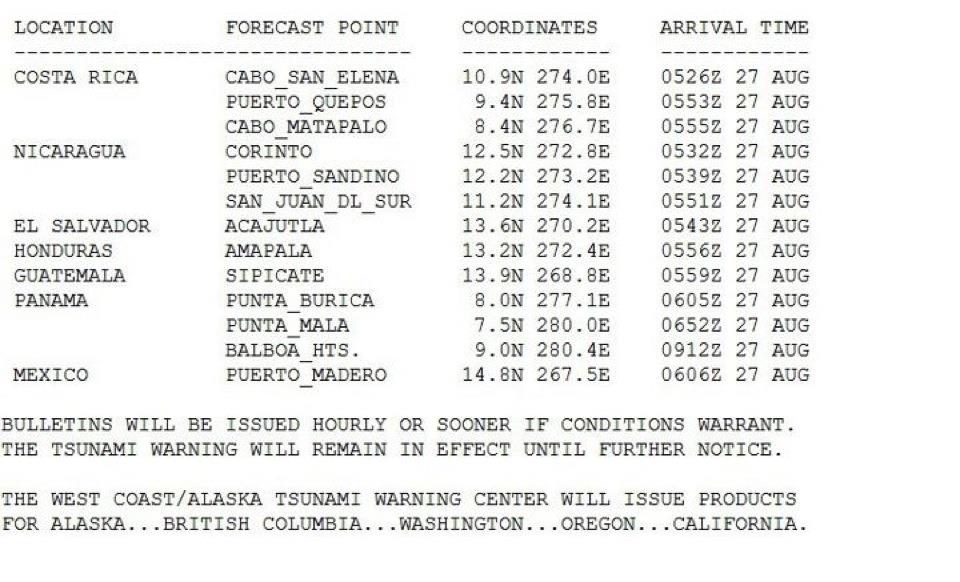 Only in Costa Rica for Week of Aug 27th