World News – Surf champions and local heroes were among those who hung loose on a custom built, 42-foot board off Huntington Beach on Saturday. 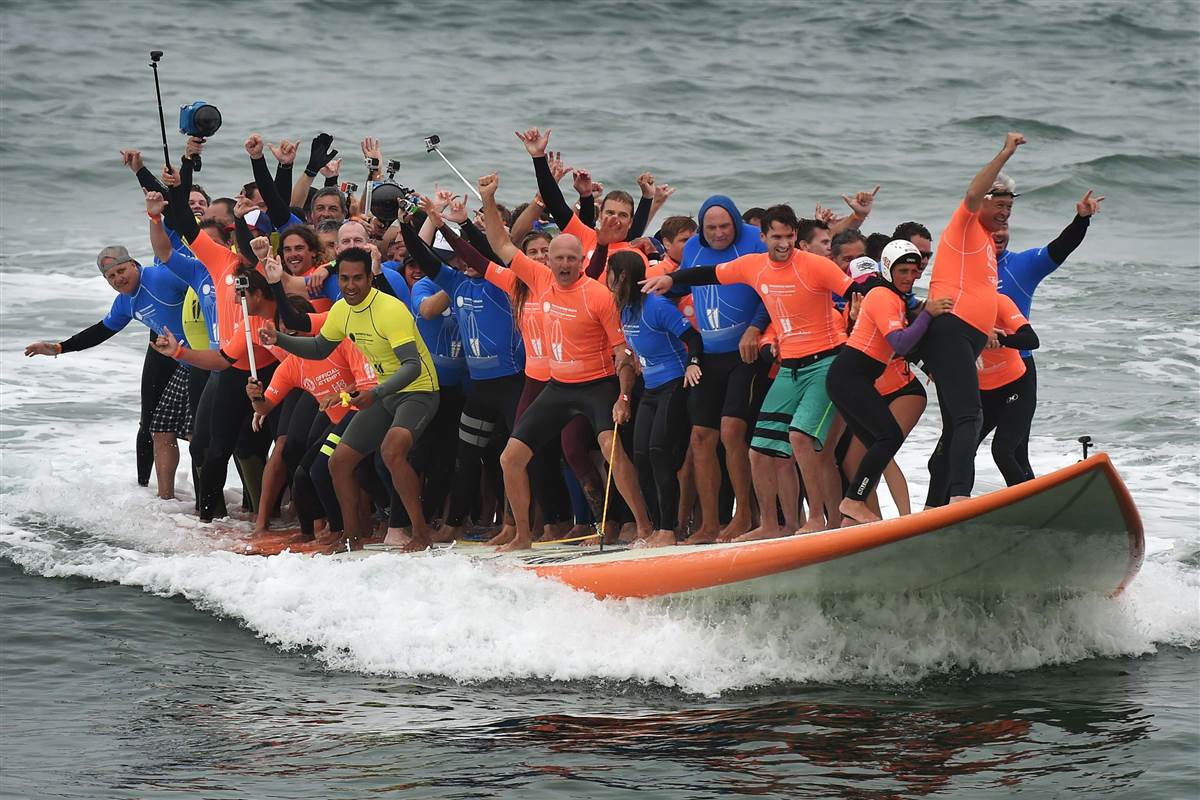 Sixty-six surfers have set a world record for most people riding a board at once.

The Orange County Register reports the 66 surfers rode a wave for 12 seconds.

They broke the previous record set in Queensland, Australia, about a decade ago when 47 surfers rode a wave for 10 seconds.

About 5,000 spectators crowded the sand and the Huntington Beach pier to watch the attempt.

Guinness World Record adjudicator Michael Empric said a separate record for whether the 1,300-pound board is the world’s largest will take a few days to determine.