5 Words That Make You Sound Stupid

When it comes to everyday language there are some phrases and words that make a person not sound very intelligent. The word “mae” would be included in this list in Costa Rica.  Most of us have been criticized by friends (playfully) and English teachers (earnestly) for slipping up and using words incorrectly in a sentence, and while many of us like to think we have the basic grammar principles down, we still misuse some common words in our everyday conversations. 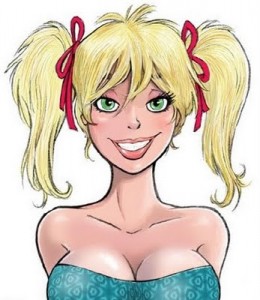 Dictionary.com compiled a short list of these words that we carelessly slip into sentences to give ourselves more time to think and, in doing so, ruin the sentence. These so-called “crutch words” detract from your main message and don’t add useful meaning to your statement.

So what are some commonly used crutch words?

Actually – The literal meaning of this word signifies that something is present or exists in reality, but it is often used incorrectly to add an extra punch to the sentence.

Basically – This word should be used to signify a simple or fundamental point, instead people often use it incorrectly in a statement to add weight and instill a sense of finality.

Honestly – Often times people use this word to add either authority or amazement to their statements. Its correct usage adds meaningful honesty to what the speaker is saying.

Like – Okay, we’re admittedly guilty of this one. We just can’t seem to shake this filler word, which was adapted into our vernacular after movies and shows like Valley Girl and Clueless introduced us to the so-called ‘Val Speak.’ Just like “um,” we involuntarily slip the word into our conversations, but it should be used when describing something that has the same form or character as something else.

Literally – This often used crutch word can irritate scrupulous listeners, as the incorrect usage of the adverb can render a statement senseless. The word is supposed to describe something in a strict manner without exaggeration, instead speakers often use it in figurative or hyperbolic sentences.

By Mariam Jehangir, From firsttoknow.com

El Consorcio from Spain will Perform in Costa Rica in December