5 Tips To Avoid Getting Kidnapped At Gunpoint In Costa Rica

Costa Rica Living – I’m going to share with you some tips on how not to be kidnapped at gunpoint in Santa Cruz, Costa Rica and never be seen intact again. Didacticism coming at you—I’mma use every Spanish word I learned in my one-week trip to that scenic country, thereby proving beyond a shadow of a doubt that ignorance was not an asset in this case. 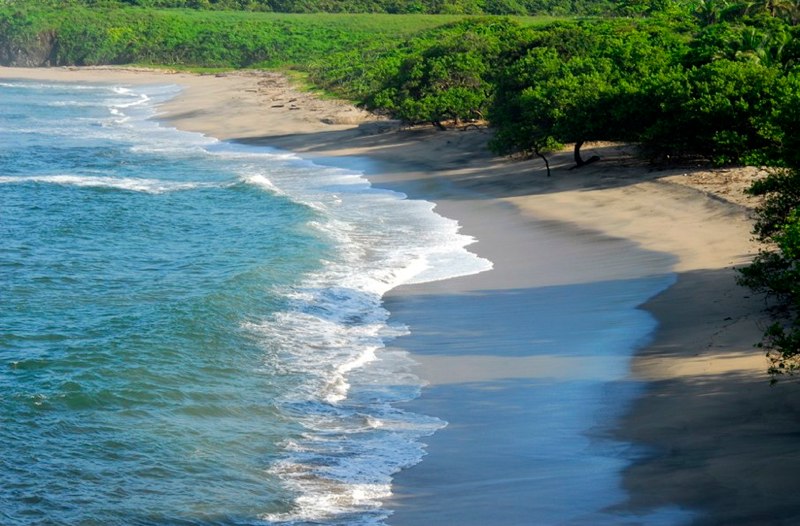 Let me be clear, this is a happy tale.

On day cuatro of our Costa Rican idyll, every single thing we’d brought with us and the suitcases and backpacks we’d packed them in was stolen from the locked trunk of our rental car while we were busy trapping the black sand of Playa Junquillal in the crotch of our swimsuits. We were not tranquillo. But we did have sandals and car keys, so we drove to a nearby bed-and-breakfast and the proprietor called la policía for us.

This being Domingo, we were advised to drive the 20 kilometers into Santa Cruz, the nearest town of respectable size, to file a report in a building that said OIJ on it. I think OIJ is pronounced oy hota and has something to do with justice. The hotelier drew a map on a scrap of paper that resembled an Arabic character. I should mention it was 97 degrees and humid.

Santa Cruz was somnolent and though we didn’t find OIJ, we eventually found two uniformed policemen, one of whom spoke un poquito English. Apparently this incident was out of their jurisdiction, but he and his partner made a bunch of phone calls and communicated that if we waited right where we were—in front of an unmarked cement building—for maybe one hour or one hour-and-a-half, someone would come. A civilian someone. Who was in Nicoya. Or maybe busy. He made the “stay” hand signal like we were a couple of puppies and drove away.

A little while later, they came back and told us to follow them to a different location to wait, which turned out to be the other side of the same building, the sunny side with a broad cement plaza between the building and the street. The name of the person we were expecting was Rando. The policemen vamosed.

An iguana high-stepped across a crumbling vacant lot. A dog lifted its leg on the tire of our car and trotted off, and we huddled in a bit of shade close to the building as the plaza reached nuclear meltdown temperature in the mid-day sun. After about thirty minutes, a shiny gray pickup truck, bosser and newer than anything we’d seen in Santa Cruz by a factor of eleven, pulled up at the curb. Two hombres wearing dark glasses were inside: the driver, maybe 40 years old and scowling, the passenger, a baby-faced twenty-something in a brilliant salmon-colored polo shirt that spoke of ready cash or country clubs or both. Normally pickup trucks and polo shirts don’t signal thug to me, but in the context of corrugated steel housing and a horse in every imaginary garage, these caballeros were pimped, 100 percent. Plus, there was no identification on the truck or the polo shirts—no policía, no OIJ.

Salmon Man lowered his window and called out “buenos días” and, switching to English—as you would to two seriously deteriorated vagrants in swimsuits in downtown Santa Cruz—asked if we were the people who had had something stolen. We edged closer. He continued, asking where our car was, and after we wordlessly, stupidly, pointed to our silver Toyota across the street, he said we needed to follow them to a location over there—and he pointed—so they could take a picture of it.

We asked if he was Rando. He said Rando couldn’t come, that Rando had told him and his buddy to come instead. We asked why they couldn’t take a picture of the car right where it was, and that, regardless, there was nothing to take a picture of since the car was utterly unharmed in the incident. It’s hard, I discovered, to make a point in a swimsuit. There ensued increasing levels of Spanglish, pointing and agitation by both parties.

Why were we being so ignorant and uncooperative? Why were they being so suspiciously criminal? We were within a couple steps of the truck when Salmon Man, disgusted, opened the door and got out, he and his holster with the big black handgun in it.

My eyeballs exploded, we involuntarily stumbled backward. Oblivious, he walked to our Toyota, talking, asking questions, peering inside, running his hand over the trunk. Unfortunately, overwhelmed by red flags, I was frozen in the uh oh position.

Without thinking, we went into survival mode. My husband turned and walked back toward the building, purposefully, as if he had an appointment. My plan was to stay out in the plaza, creating two separate and less-grabbable targets, and talking loudly so someone in this oddly vacant business district might notice the crazy lady in the swimsuit and make a note before my disappearance.

Never a fast thinker, it finally occurred to me to ask Salmon Man for identification. His reply did not build confidence: He’d left it behind, somewhere. Frustrated, muttering, he went back to the truck, consulted with his partner who then roared off, parking the truck two blocks down. Stretching his English, Salmon/Handgun Man pointed to where the truck was and explained we needed to go there to file a complaint. If we wanted to make a police report, we had to go with them down the street to that other building. He was trying to help us, he said.

And since he hadn’t killed me yet, I was tempted to believe him. Still, the uniformed municipal police we’d encountered carried nightsticks, not pistols. Is salmon the official color of OIJ? I cursed my upbringing that deemed it rude to just out and say he looked like a thug who was going to kidnap us and extort us and be very very disappointed when our loved ones laughed at the ransom note. So instead, I chose to harangue him, like an American, about why we were told to wait at this building if it wasn’t even the right one, where was Rando, why did he have no identification on him, where was his uniform, where was oy hota, why did we have to go somewhere else, on and on, carefully avoiding mention of guns, violence, or messy 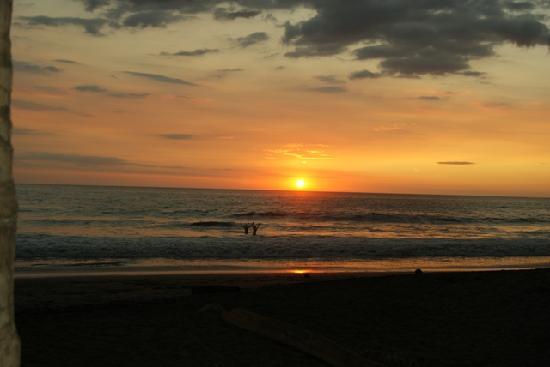 Tip cuatro: Make potential kidnappers question whether it’s worth it to spend even one more minute with this stinking, sand-encrusted harridan.

The partner came back with their badges. Salmon Man gave him what-for in Spanish—how he was having to do all the work here with these ignorant bad-smelling tourists, how the other guy should have remembered badges, how he got to sit in the gosh darn fancy truck and drive all the time, how he was spending his Domingo, not at the playa, but sweating like a jamón trying to help these fools.

I made all that up. But that’s probably what he said.

He walked toward me holding out the badge but I kept backing away to keep my distance, so he stopped ten feet away and opened the wallet. The badge could have had a Pepsi logo for all I know, or a Mr. Yuk sticker, or a splatter of chew. My husband went closer and we both made a charade of inspecting something we could barely see.

We started to feel a little bad for Salmon Man. He seemed very nice actually, and was trying very hard to communicate in our language, not his. But the whole gun, plain vehicle, and civilian clothes thing … We consulted by talking without moving our mouths. It seemed clandestine and wise at the time. At the end of his rope, shirt wilted, Salmon Man gave us an ultimatum—did we want to file a complaint or not? No, we said, we didn’t.

On our way out of town, we passed by the building he’d indicated, the shiny gray truck parked out front. I read the word Justicia on the building with an image of the blindfolded Grecian maiden holding a scale.

Wordlessly, Fernando Vidal (Salmon Man) indicated two plastic chairs and, for the next three hours, patiently took down our information while his partner, Ronny Zuniga, worked the phone. Other than our chairs, the office held two desktop computers, two office chairs, one phone, a copy machine and a fan. About two hours in, they got a call from a hotel up the coast from Junquillal saying someone had found our wallets and passports on the dirt road that connects the beaches. As we followed the gray pickup truck to the hotel to recover what was left of our worldly possessions, we had one last fleeting misgiving, that maybe this was an elaborate plot and we were now following two desperados to a lonely beach.

Tip cinco: When you find out that two guys are not thugs, but rather Fernando Vidal and Ronny Zuniga, Organismo de Investigación Judicial Regional de Santa Cruz, who have spent their whole Sunday trying to get back your stuff, say muchas muchas gracias, and try to write a letter of commendation to their superior. Maybe Rando.

The happy ending is that our pasaportes and credit cards were recovered, as well as a book on Augustus, the Roman emperor. We each bought a startlingly ugly outfit, a pair of underpants, and a toothbrush at the Ekono in Liberia, and carried on.

By Sarah Barker, From Deadspin

Squirrel Destroys Bar After Breaking In & Getting Drunk