Costa Rica News – In more cases you have to do something pretty bad to end up in Costa Rican jail, and it not somewhere you want to go. While Laura Chinchilla is lying about stopping shark finning to Sir Richard Branson, the real problems in the country are piling up. 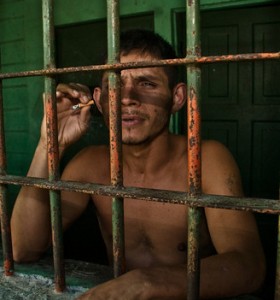 If an inmate goes to the bathroom at night, it is at his own risk. On the way to use the potty, there is a long, treacherous journey: crossing the corridor the floor is full of prisoners on mats because the bunks are full.

Tip toe through the prisoners because if you step on one it can mean a fight.  Also cross their fingers that no prisoner has made the bathroom his bedroom.

That is one of many tasks faced daily by prisoners in Costa Rica, due to overcrowding.

The prison system has a capacity for 9,813 inmates, but on September 27th the total was 12,987,  32.3% more than the capacity. The maximum allowed by the Constitutional Court is 20% over the capacity, to ensure the human rights of inmates.

Fernando Ferraro, Minister of Justice, said that 14 prisons are technically closed, but it is impossible not to receive prisoners. According to records of Social Adaptation, 22 new inmates enter each day on average to prison by order of the judiciary.

In the prison in San Sebastian there are few toilets and inmates allege that they sleep in pairs, no foam sufficient care is deficient and there are problems of coexistence.

Currently, six out of every 10 inmates are sentenced for robbery, assault or drug trafficking. Most (57%) are young 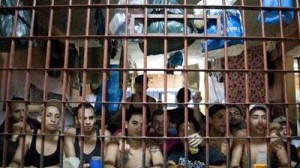 Overcrowding in Costa Rica is caused by the tendency of long term sentences, delays in trials, and the inappropriate use of non-custodial measures.

a. Tendency of Long Term Sentences – The average length of a sentence of imprisonment has been increasing yearly.

b. Delay in Trial – Currently the average period of trial from prosecution until sentencing is about seventeen months. This is due to the shortage of public prosecutors and judges.

c. Inappropriate Use of Open Penal Centers and Conditional Release –  In the last three years, the percentage of prisoners in closed centers is more than 85%. This figure seems to indicate that there is excessive utilization of closed imprisonment by the penitentiary system.

In order to fix this the Costa Rican gevernment needs to think out a long term fix, which begins with making the courts and sentencing more efficient.  Chinchilla and her administration can only think of quick fixes so this is another problem that will either be ignored or handled incorrectly.