To the rhythm of music and low lights multicolor contagious, 220 bodies be outlining on the first date choreography National Championship in Melico Salazar Popular Theater. The activity will mark the beginning of a series of national qualifiers, and aimed to look for the best dance groups comprised of children and young people, said Alejandro Rojas, director of the championship. 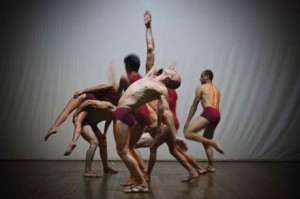 At this first meeting of the year, will bring together the groups that played a leading role during 2011.

Some of the groups participating in the gala will be the Institute of Alajuela, presenting Autocto-No , the Vocational School Monsignor Sanabria, People wheels , and the Experimental High School Bilingual Naranjo, with Coco Bongo.

Among the students who will say this in this quote are the Bethany School, with a piece that has no name, and Miguel de Cervantes Between human beings and .

“There are parts of Latin rhythms, contemporary, urban, all of high quality. The show will also involve groups of high standing, such as Vanishing Point, San Ramon, and OAK, San Jose, “said Rojas.

After the show, the choreography National Championship qualifying begins at 2012, which will begin this August 31 in Orange, and will conclude on October 27 in Perez Zeledon.

Can participate in these kinds of groups consisting of students from schools and colleges, companies and independent dance categories according to their age and dance genre.

After this stage the championship finals will be held in San Jose in November.

“Unlike last year, this year we have playoffs in places like Orange and Perez Zeledon, where none were made.In 2011 we received 140 groups, this time we expect to receive 160 boys, some 3200 dancers, “said the director

Rojas noted that, unlike other dance competitions where the prize is attractive, this just promotes other values.

“The spirit of the championship is that we can all live without money barriers, ethnic and social on stage. What we try is to unite youth dance through the activity, “he said Rojas.

Banco Nacional Receives a Fine for Refusing to Deliver Data