Costa Rica Entertainemnt – Envision 2017 is not that far away, so that means the program and groups are getting set.

The 2017 Envision Festival – Costa Rica will be held on the beaches of Uvita, Costa Rica on February 23 – 26. Organizers have revealed the initial lineup of musicians performing at next year’s destination event.

Topping the initial batch of performers includes Opiuo, Autograf, Rising Appalachia, Pantyraid, Ott. and Acid Pauli. Also once again slated to perform are Random Rab and Santos&Zurdo – both making their seventh straight Envision Festival appearances. Other acts on on the bill for seventh annual festival are Zach Deputy, The Funk Hunters, System Solar, Blond:ish and many others. More performers are expected to be added.

Organizers revealed a lineup of yoga instructors, speakers and educators and workshop leaders as well. Next year will also feature a Thursday night village event of 20 minute TED-inspired speeches offering a sampling of what the weekend will offer. Head here to purchase tickets and follow this link for more information about the festival. 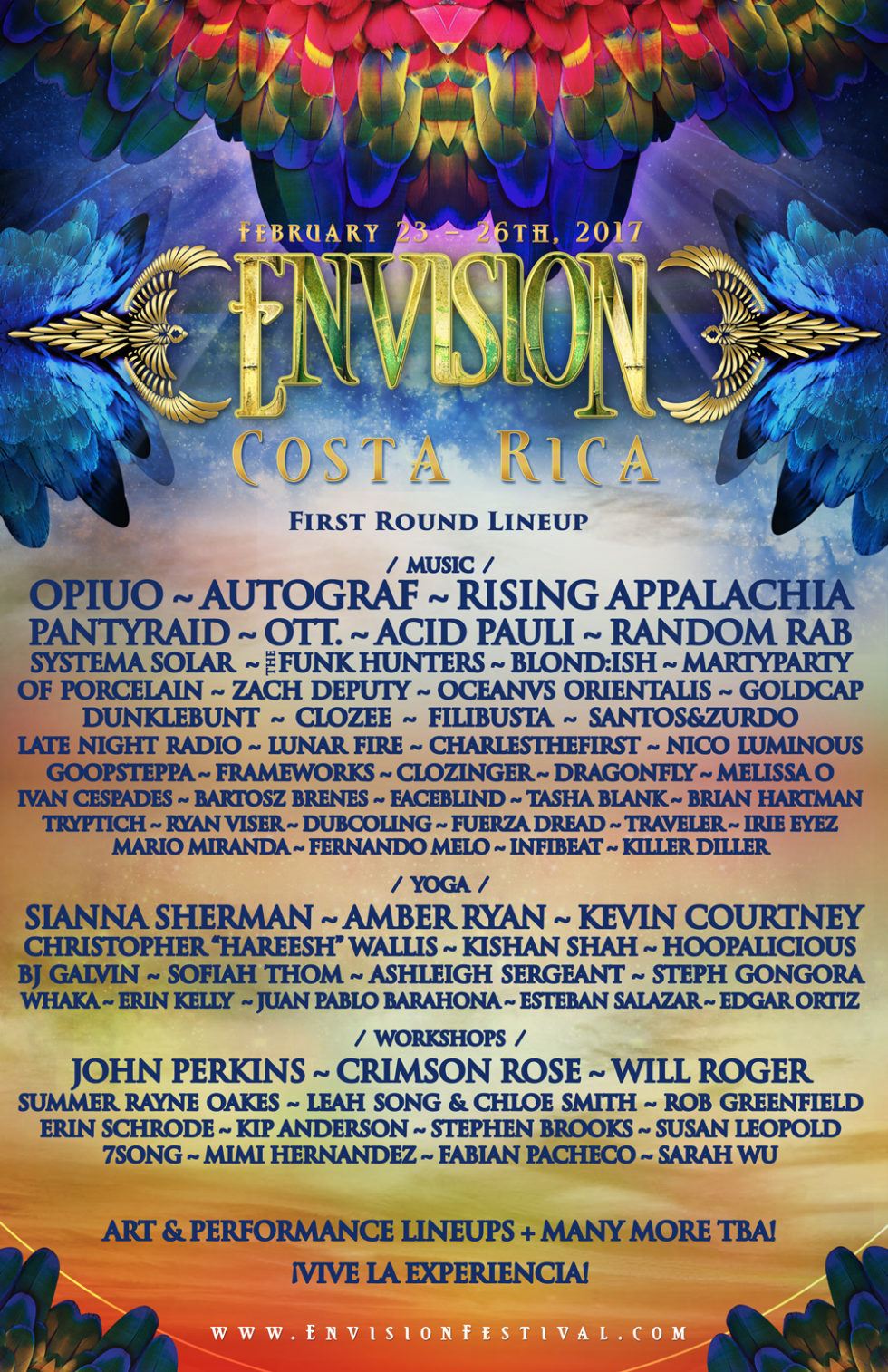 An Affirmation of Life and Humanity