World News   – Not everything went to plan this year. 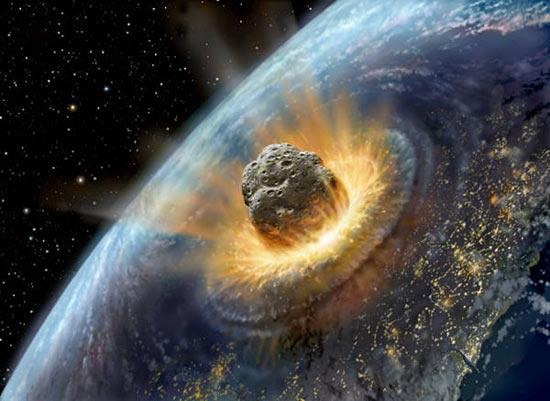 The fact that you’re reading this is proof that Chris McCann got his doomsday prediction for 2015 wrong. Spectacularly wrong.

As the head of a Philadelphia-based outfit called the eBible Fellowship, McCann had warned his followers that the planet would be destroyed “with fire” on Oct. 7. The very next day, he issued a correction.

“Since it is now 8 October it is now obvious that we were incorrect regarding the world’s ending on the 7th,” McCann said.

But McCann was not the only faulty prophet whose predictions for the year turned out not to be right.

Republican firebrand Sen. Ted Cruz predicted Obamacare would plunge the economy back into a recession this year and make “life harder for Texans and Americans all across our great country.” That didn’t happen. As of December, there had been 69 straight months of job growth and the unemployment rate was at 5 percent.

To be fair, every GOP candidate running for president has at some point predicted Obamacare would kill jobs and tank the economy.

Which leads us to another big prediction fail — Jeb Bush will wrap-up the GOP nomination by the end the year.

The brother of one president and the son of another, Bush has been trumped by Donald Trump (and several other contenders). And despite the tens of millions that have been poured into his campaign, Bush is polling in the single digits, and Trump has dismissed him as a “low energy” loser.

While we’re at it, the pundits all predicted that Jeb’s biggest rival for the GOP nomination would be union-busting Wisconsin Gov. Scott Walker. He officially entered the race in July and was done by September.

Back to Obamacare, GOP svengali Karl Rove predicted the Supreme Court would rule against it this year. That also didn’t happen.

Then again, Rove was stuck in good company when he predicted the Seattle Seahawks would win the Super Bowl. Tom Brady and the New England Patriots went home with that trophy.

The nation’s highest court also defied many prognosticators by upholding same-sex marriage, much to the dismay of many conservative Christians and GOP presidential hopefuls like Gov. Bobby Jindal of Louisiana, who predicted “an all-out assault against the religious freedom rights of Christians who disagree with this decision.”

So far, there is no sign of any such assault underway.

How about those soaring gas prices that failed to materialize in 2015? Three-and-a-half years ago, Sen. Mike Lee, R-Utah, predicted it would cost $5.45 a gallon this year if Obama was re-elected.

Newt Gingrich, who was running for president at the time, went further and said gas would cost 10 bucks a gallon in 2015 because of Obama’s energy policies.

Today, U.S. drivers are paying the lowest average price for regular unleaded gasoline since 2009 with the national average close to dropping below $2 per gallon, according to AAA.

Republicans weren’t the only ones whose 2015 predictions went awry. One of the most epic prediction fails of the year came when New York City’s Mayor Bill de Blasio, as liberal a Democrat as they come, warned in January that a blizzard was on the way that would dump two feet of snow on the Big Apple.

De Blasio shut down the subway for the first time in its 110-year history.

But “Snowmageddon” mostly bypassed New York City, and a red-faced de Blasio was forced to defend his decision to shutter the city that never sleeps.

Hollywood also got one thing wrong, and many Chicagoans wept. The 1989 movie, “Back to the Future II,” correctly predicted that drones, video phone calls and hoverboards would be part of our present on Oct. 21, 2015. It also predicted the Chicago Cubs would sweep an unnamed Miami team to win the World Series.

Sadly for Chicago and the Cubs, the lovable losers were swept by the New York Mets in the National League Championship Series. Ultimately, the Kansas City Royals routed the Mets to take home the crown.