Costa Rica News – ICT has just released its 2012 Costa Rica tourism numbers.  I for one though do not put a lot of value on these numbers, as shown by the Association for the Protection of Tourism (PROTUR) last year.  PROTUR brought up some very valid points and asked ICT to respond but of course they never did. 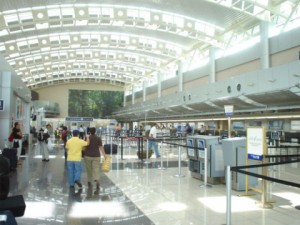 According to ICT (remember this is the government entity that is trying to induce people to invest in the country because of the tourism numbers) the U.S., Canada and Nicaragua are the three countries from which the most tourist came to Costa Rica in 2012. The numbers were better than all the past 5 years. This was revealed by the 2012 Statistical Yearbook of Tourism by the Costa Rican Tourism Institute (ICT).

Now let’s get into the real numbers according to PROTUR. This was hat was said after the 2011 statistic came out and it holds true still today.

PROTUR says that 2011 statistics don’t reflect the actual number of tourists who visited Costa Rica that year. The 2.2 million visitor count includes all air, land and sea entries into the country through Costa Rican immigration checkpoints. Of those, approximately 1.4 million arrived in the country by air. For 2012 this number was at 1.55 million.

Ground crossings at border stations accounted for some 27 percent of visits in 2011, or about 594,000. Most of those visits aren’t tourists, but people from other countries – predominantly Nicaragua – who come to Costa Rica to work or renew visas every three months, he said. Immigration records show that from June 2010 to May 2011, 659,562 people entered Costa Rica more than once.

We want to know how many actual tourists visit Costa Rica more than once a year.

The ICT press office had not responded to numerous emails and phone calls seeking comment on its statistics and PROTUR’s criticisms.

So lets make an educated guess on the real number of tourists.

I would say that the real number would be the total number of people arriving by Air 1.55 million minus about 5 % for repeat entries.  Total tourists – $1,472,500

Meaning that the ICT number are inflated by about 1 million visitors.

The Costa Rican government has been known to lie in order to continue to try to get foreign investors and people come to the country and put money into it.  It is another smoke and mirrors tactic…..just like the shark finning ban……just like the fact they are promoting themselves as green and yet dumping pollution into the oceans…..lies, lies, lies.

There are more people leaving Costa rica than are coming to Costa Rica when it comes to actually living here thanks to the frustrations that are being caused by the inefficiencies here.

One thing I have learned throughout my life is that the truth always comes out in the end and it is better to just be honest all the time than have it come  back and bite you in the ass. It is time for Costa Rica to actually start investing in its country and protecting its environment and not just saying they do……the time for change is now!!!!!

Gun Control; Guns in the Classroom, What’s Next?