Costa Rica News – There are many licenses to drive in Costa Rica that are now expired. 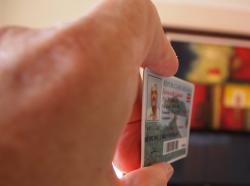 The total number, country wide, of registered licenses with expiration dates that have already passed is 504,943.

That figure includes non-canceled licenses for people who have passed away as well as those who have received a license but chosen not to renew it or be taken out of the system.

There is no direct connection between the civil registry of deaths and the licensing organization.

Between December and January 40,000 licenses are scheduled to expire and it is only expected that 16,144 will be renewed.

There are 13 centers where one can renew his license. The payment must first be paid at the bank. The cost is ¢10,000 but a 50 percent discount is offered to those without infractions and with less than four points on the license.

Low Income Housing to Be Built in Costa Rica

How to Get Your Website to Page 1 on Google