10 Reasons To Vacation in Costa Rica This Year

Costa Rica Travel – The variety of landscapes and microclimates that can be enjoyed in one day makes Costa Rica the ultimate destination for keen explorers.

For beach lovers, there are white, tan, dark brown and black sand beaches to complement the rocky points, volcanoes, river mouths, reefs and offshore islands which create a playground of surf spots that line both the Pacific Ocean and the Caribbean Sea.

There’s plenty here for wildlife lovers to see too – roughly a quarter of the country is made up of protected jungle, rich with wildlife including spider monkeys and quetzal birds.

Here are ten reasons why you’ll want to travel to this tiny Central American oasis this year. 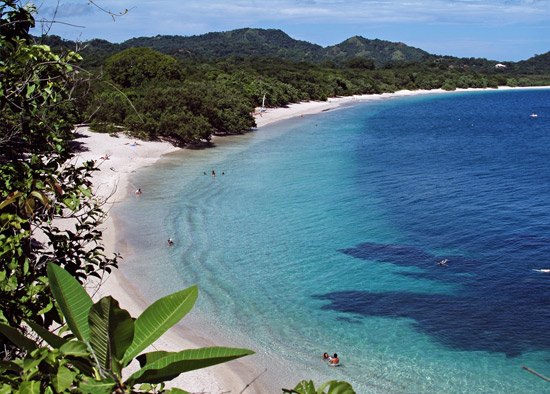 Costa Rica has nearly 300 different beaches along its stunning Pacific and Caribbean coastlines, each with a unique draw and distinct setting. Well over 99 per cent of the coastal land of Costa Rica is protected by maritime zones, which prohibits construction within 200 meters of the high tide mark. Beachside hotels and boardwalks you will not find here; Instead expect to spot wildlife such as monkeys, sloths, parrots and toucans in the jungle that lines the fluffy, fine sands.

Costa Rica is famous for its waves – the water is warm all year round and surfers flock here to stake out breaks. The quiet fishing hamlet of Tamarindo is famous with local surfers, as is Playa Avellana which is referred to by locals as “little Hawaii”. Here you’ll find extraordinary offshore waves that can reach up to 18 feet, making it an ideal destination for experienced surfers from around the world. Elsewhere, Playa Negra is a beautiful dark-sand beach famous for its right-hand barrel waves.

Costa Rican cuisine is hearty, savoury and always satisfying. No visit is complete without trying Gallo Pinto, the country’s national dish. Made by stir-frying rice and beans stir-fried together in a pan, it is usually served for breakfast along with scrambled or fried eggs and sour cream or cheese. Generous portions, fresh-brewed coffee and fruit in every shape, size and color fill the tables of homes here, and ceviche remains one of the country’s most popular dishes.

Home to some of the most colourful and exotic flora and fauna on earth, this tiny Central American country is the habitat of some 10,000 species of plants and trees. Its tropical rainforests are often referred to as “jewels of the earth”, as they are home to two-thirds of all living animal and plant species on the planet. There are numerous areas that have rainforest walking trails, waterfall climbs and canopy tours to discover the magnificence within. Some of the best national parks to hike or walk in the rainforest include Manuel Antonio, Corcovado, Miravalles,Tenorio and Carara.

Charming rustic cabins, hilltop cottages and quirky self-catering eco-houses set in the jungle are just a few of the alternative stays to be found in Costa Rica. The Bosque del Cabo Rainforest Lodge is set on a beautiful, sustainable black pepper farm with epic views of of the stunning Osa Peninsula. In tropical gardens elevated abouve the Pacific you can choose between cabins offering simple comforts or villas fully equipped for self-catering. Sprawl out on a hammock with a book and a glass of wine or paddle in the warm waters. There are plenty of trails through the lodge’s own reserve to explore the primary and secondary rainforest or reach the beach and the resident biologist Philip Davison gives a fascinating tour. Don’t expect luxury; do expect a fantastic laid-back adventure. 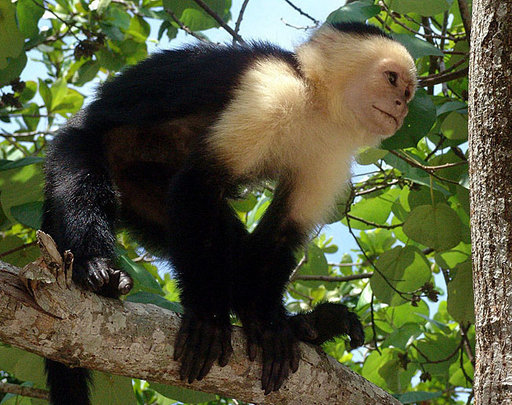 Nowhere else in the world are so many types of habitats squeezed into such a tiny area. Animal-lovers will be spoilt for choice with everything from sloths to caiman and capuchins to dolphins calling the conservationist’s dream their home. Keep your eyes peeled for Strawberry Poison Dart frogs, crocodiles, ocelots and colourful toucans.

With warm temperatures year round and plenty of sun, alongside the odd refreshing rain shower, Costa Rica is the ultimate summer destination for those looking for tropical conditions guaranteed. From December to May, the dry season attracts more visitors as it is ideally sunny and hot with little to no showers. From May to November is the rainy season, with thundering showers that happen sporadically throughout the day. If you don’t mind the rain, you might prefer to visit Costa Rica during this time as prices are lower and the rain allows the hot temperatures to cool off during the night.

8. It’s quicker and easier to get there than ever before

In the last 12 months alone, there has been an increase of 12.9 per cent of tourists from the United Kingdom visiting Costa Rica. So it should come as no surprise that, starting in May this year, British Airways will be offering non-stop flights from Gatwick to San Jose, the Costa Rican capital. These direct flights will take place twice a week during summer, increasing to three a week for those craving a winter adventure. In short, it’s never been easier to jet off to paradise.

Costa Rica is scattered with 14 active and non-active volcanoes that form the grouping known as the ring of fire. For some of the most stunning and panoramic views visit the Irazu Volcano which last erupted when US President John F. Kennedy visited Costa Rica. On a clear day from the volcano’s summit you can see both the Atlantic and Pacific Oceans.

The people in Costa Rica are often referred to as “Ticos” for men, and “ Ticas” for women. They are known as some of the happiest people in the world, probably due to their relaxed and “pura vida” (pure life) lifestyle. Bump into a local and they will generally greet you with a warm smile and an open ear. The country has been ranked as one of the happiest countries in the world, based on its high quality of life, good life expectancy rate and small ecological footprint. Its army-free citizens have a life expectancy of 79.3, and they’re surrounded by a beautiful setting that’s sure to keep a smile on anyone’s face. Visit for just one week and you’ll find yourself never wanting to return to reality.

By Liz Conner, The Evening Standard

Flying from Germany to Costa Rica is Going to Get Easier