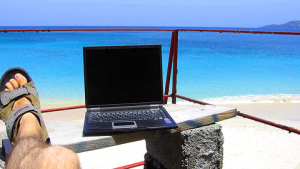 On this Relocation Retirement Tour future Baby Boomer retirees will see just what they need to determine the best lifestyle for their needs – the Guanacaste beaches or Central Valley. By the tour’s end potential retirees will definitely know if the Guanacaste area or Central Valley is the place for them to retire. This retirement tour is only given twice a year in March and May. The two day retirement seminar is included.

Guanacaste, the northwest region has vast plains and is drier than the Central Valley and Central and South Pacific. Nevertheless, some of the country’s most beautiful beaches, breathtaking views, history, culture and nightlife can be found there.

The capital city of Liberia, located 125 miles north of San José on the Pan-American Highway, is considered the heart of Guanacaste, and is a full-service city. Sometimes called the “white city” because of its architecture, Liberia is the most colonial of Costa Rica’s cities. Due to the area’s growing popularity, Liberia is quickly becoming one of the country’s largest and most important cities, offering restaurants, hotels, several museums, good shopping, a mall with movie theaters, and a public hospital. Liberia is a good place to visit while on your way to Guanacaste’s many beaches.

Contributing to the development of this area are approximately 40 weekly flights from the United States to Liberia’s Daniel Oduber International The airport was remodeled recently and now boasts a 23,000 square meters, state-of-the-art structure which dwarfs the old terminal in both size and capabilities. Travelers can access a new lounge with free wireless Internet and paid wireless Internet will also be available throughout the building.

There is more good news for residents of the Guanacaste region. The new CIMA hospital opened the end of 2011 and 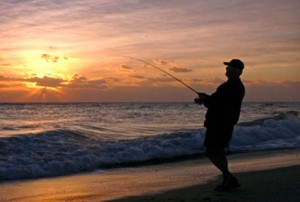 looks to be the cornerstone of Costa Rica’s health care and medical tourism system in the Guanacaste area.
The well-known private hospital Clínica Biblica currently has a small clinic and is planning to open a larger medical facility at Liberia, situated under one hour from all the Gold Coast beaches. This new facility will offer medical consultations, a clinical lab, a pharmacy and insurance services. The hospital is planned in three phases. The first is a three-tiered tower, the first of them for basic care, including laboratory, pharmacy, diagnostic imaging and outpatient surgery.

Another exciting development is the wild animal park, Africa Mía, a 100 -acre open-air zoo with free-roaming animals.
Contributing to the development of this area are approximately 40 weekly flights from the United States to Liberia’s Daniel Oduber International Airport.

The city of Liberia and the Tempisque Bridge are the entry points to Guanacaste’s beaches. More than 50 spectacular beaches of all sizes, shapes and colors with clear blue water are found all along the Pacific coast in the Guanacaste Province. This area is sometimes referred to as Costa Rica’s “Gold Coast”. However, a few of the adjacent beach communities may have too much tranquility for some people or have too much of a resort atmosphere for others. Playa Hermosa Playas del Coco, Playa Ocotal Playa Panamá, Flamingo, Brasilito, Conchal and Tamarindo are some of the more popular beaches in the area.

A wide range of condos may be found on both isolated and popular beaches. A number of nice gated communities and golf resorts are found in this section of the country. Undeveloped beach and ocean-view properties can still be found in some areas.

If Interested in this Tour and to Be Contacted by Christopher Howard Personally Today and Tour Participants Get His FREE Book ($100 Value) By Filling in the Form Below.