Costa Rica News – Allowing official documents to lapse in Costa Rica is a nightmare, which is why I keep close tabs on them. When I saw four items pop up on my computer’s calendar this past January, I groaned. My poor husband asked what was wrong. When I explained, he wasn’t very sympathetic, but he never deals with this sort of stuff. 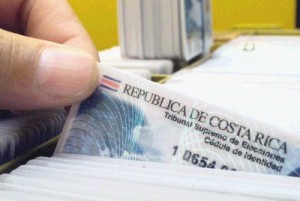 What sort of stuff, you ask. Well, our Costa Rican cedulas de residencia (national ID cards) must be renewed by July and our U.S. passports updated by November. My Washington State and both our Costa Rican driver’s licenses were also due to expire in June… or so I thought.

I’ve talked about it before, but I will repeat, Adam Gopnik got it straight when he compared French bureaucracies to weight lifting equipment. “Each Ministry is a bit like a Nautilus machine, designed to give maximum resistance to your efforts, only to give way just at the moment of total mental failure.” His point being that the French rarely go to a gym to lift weights or run on StairMasters in fellowship with other like beings the way Americans do. Rather, they treat getting things done in any office of the government as an aerobic workout in itself. The same camaraderie Americans enjoy with fellow exercisers, the French get with fellow misérables in the queues. This applies to Costa Rican bureaucracies, as well, although friends who have lived in both places assure me that France takes the prize.

I traveled to the states in April and renewed that driver’s license. It took two trips to the Washington State DMV, because, silly me, I failed to notice on their website that driver’s licensing is closed on Mondays (all other licensing services remain open, however). It seemed oddly familiar.

I approached the Costa Rican renewal with more trepidation. My concern: our Costa Rican licenses were expired. This happened because of the due dates. I had tracked my U.S. driver’s license, due 06-03-2012, and our Costa Rican licenses, due 06-02-2013, forgetting that the day and month are reversed in the two countries. So, when I set about renewing the Costa Rican license in late May (with plenty of time to spare) I suddenly had that panicky feeling you get when you realize your pocket’s been picked or you’ve misplaced your keys. It was not due in June but due last FEBRUARY.

I’d also read that MOPT/ COSEVI passed new rules for driver’s licenses last year. It used to be they would honor a current license from any other country. All you had to do was get a medical checkup, trot down to the San José office with some money (of course), and they’d issue a license. Not any more. Now you have to be a citizen or a resident with a current cedula (applicants need not apply). Our resident cedulas were up to date, but as I recalled our licenses were pinned to our U.S. passports.

The first trip to COSEVI was strictly recon. I presented our licenses, passports, and cedulas. The portly guy behind the desk never batted an eye. He adjusted his belly, leaned forward, and flipped through our stuff, then tossed it back on the counter in front of me. Bring your immigration paperwork showing you were issued cedulas, copies of your cedulas, the dictamen medico (medical checkup), and bank deposit slips for five thousand colones each. He never mentioned the expired license. Neither did I.

It took two weeks and two visits to the office in Limón. I was sure it would be three, the usual number of stabs it seems to take to kill any task here. The rest of that time we spent getting the medical paperwork and finding a time when the bank wasn’t jammed with tourists.

The second trip to COSEVI was nip and tuck. We got through two sets of paper shufflers and were waiting in queue when the machine that prints out the plastic cards broke down. Employees bent over the device and probed its insides. Minutes ticked by. Other employees were summonsed from paper shuffling to confer.The clock moved closer to noon. Finally, they called over the woman who’d processed our paperwork. She flipped up covers, un-battened hatches, and reached deep into the organs of the beast to retrieve a jammed card. More levers flipped, shutters clattered shut, and—bing!—it was online again.

We have an appointment in June to renew our residency cedulas, and then it’s on to the U.S. Embassy.

Two down, two to go.

By November I’ll be buffed up like a veteran weight lifter.