Costa Rica News – I am torn on this new app to try to prevent and report crimes in Costa Rica.  My general sentiment is that this is one of the dumbest things I have ever heard of and on the other hand because Ticos love using their cell phones this might have some function. 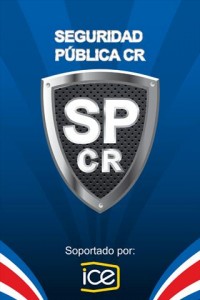 An application ( app ) free for mobile devices allows citizens to report criminal acts at the moment they happen and look at a map to show where they are occurring. The incidents are recorded by users.

The app is called ” Public Safety CR” and has been available since December 21st on the Android system. It is expected to be able to be downloaded for iOS (iPhone and iPad) later this week.

Information will go to a location map, which will support the work of the Police for these situations. The personal data of those who report some fact will not be visible.

The application also includes a number of safety tips for citizens and vacationers. These tips include crime prevention in public places, homes, bus stops or taxi, as well as tips on remaining safe when driving through dangerous areas.

The reasons I am torn on this is the following:

I would recommend at this point just calling 911 and filing a report the old fashion way until this is a proven working entity.  Take pictures with you phone or record video and get witnesses if you are involved in or see a crime.

Ex-Madam to Open Brothel for Disabled

Translation : Ticos are cowards and cops are misfits incapable of handling real employment requiring a brain. Problem 2 with Ticos is if you take one to visit a prison, he(or she) is related to 25% of the inmates and considers them “buena gente”.